The UN has Recognized Babylon as a World Heritage Site

Email ThisBlogThis!Share to TwitterShare to FacebookShare to Pinterest
Iraq has been trying to get the ancient city of Babylon recognized as a World Heritage site since 1983.  Finally, The UNESCO World Heritage Committee, while meeting in Baku, Azerbaijan on Friday, July 5 agreed to Iraq's request.  The city of Babylon is very prominent in the Bible, both in history and prophecy.  It's revitalization could be very prophetically significant. 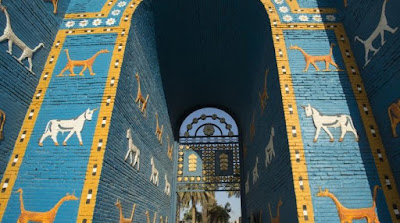 The UNESCO World Heritage Committee named on Friday Iraq’s historic city of Babylon a World Heritage Site.
Iraq had been trying since 1983 to have the site -- a massive 10-square-kilometer complex of which just 18 percent has been excavated thus far -- recognized by UNESCO.
Straddling Iraq's Euphrates River about 100 kilometers (60 miles) south of Baghdad, the city was the center of the ancient Babylonian empire more than 4,000 years ago.
"What is the world heritage list without Babylon? How to tell the history of humanity without the earliest of old chapters, Babylon?" said Iraq's representative to UNESCO's World Heritage Committee ahead of the vote.
Read More >